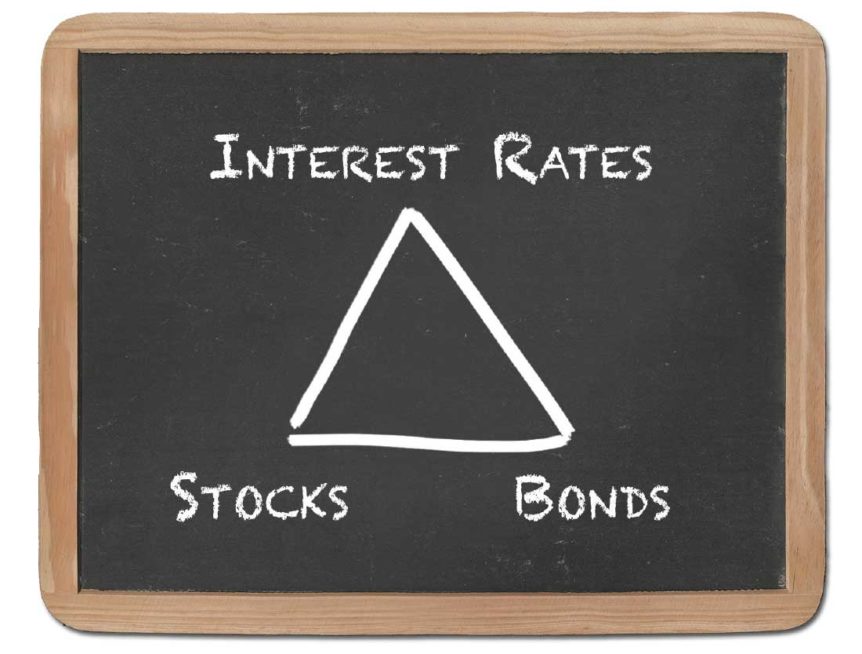 When investment gurus and market commentators speak of the happenings in the markets, you’ll often hear them discuss the effect that interest rates have on bond values and how those bond values also affect stock prices. In fact, it could be any manner of combinations of these, depending on the direction of interest rate movements. But how does it all really work? Asked simply: how do interest rates impact the values of your investments?

Ultimately, interest rates inspire certain behaviors among investors because the rates being paid – and charged – change incentives. These incentives make assets more or less attractive compared to other assets. This relative attractiveness changes supply and demand characteristics, which impact prices.

For example, if interest rates paid by banks to savers are close to zero, as they have been for quite some time, keeping a lot of money in a bank savings account doesn’t offer much in the way of reward. Sure the money is safe at the bank, but without much being paid in the way of interest, the money isn’t working very hard for the saver; it lacks incentive. As a result, savers seek higher interest elsewhere in the way of bonds. And while bonds now introduce some amount of risk into the equation, the higher interest potentially earned draws money into bonds and away from bank savings at a greater rate.

But what if bonds are also paying low interest rates to bond holders? Well, that causes many would-be bond owners to move that money up the risk ladder into stocks instead. After all, if stocks aren’t deemed too risky a bet, but are paying dividends and/or earning higher returns for the investor than bonds or savings, then stocks become more popular. This drives up stock prices and the stock market.

The relationships among these various asset types are defined by a combination of interest paid to the owner of the asset and the relative amount of risk present. In other words, a no-risk asset that pays high relative interest looks much better at the time than a high-risk asset that isn’t growing or paying an income to the investor.

As a result of this interplay, rising interest rates – like we see now – have the effect of incentivizing investors to move away from riskier assets (stocks) to lower risk assets (bonds and savings) that are now paying an interest rate that is acceptable.

With these relationships in mind, we can look back in time and see that historically high returns earned in the stock market were often during times of declining interest rates. Now that interest rates are going up, we’re seeing a shift of some money from higher risk stocks to lower risk bonds and bank savings. This ‘resetting’ of risk process is very natural and usually very temporary. And while it’s tempting to try to time all of this, it’s very difficult to do because the glue that holds all of these markets together is investor behavior, and people don’t always act rationally, or within your desired timeframe.