Yesterday at 4:57 PM, Carie gave birth to a 7 pound, 12 ounce baby girl! Yes, it was early and very much unexpected…so unexpected that we have yet to decide her name! More on that in a moment. 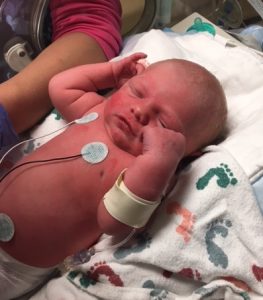 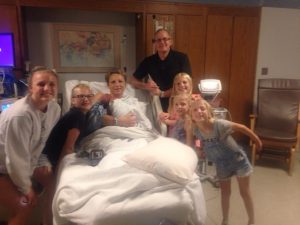 If you’ve been following along, we had a C-section planned for the 17th. Because our twins were delivered by emergency C-section eight years ago, it was decided that this would be the best means by which to deliver this baby as well. With a specific date in mind, we set to the tasks of preparing for her arrival, believing that we could pace ourselves a bit. Well, we all know how every plan should maintain some flexibility!

Carie had some labs done the other day and when the doctors read the results, it was determined that she had preeclampsia, and the only remedy for that is to get the baby out, for baby and mom’s protection. So yesterday morning, Carie walked into the kitchen with tears in her eyes and said, “It’s time, we’re going to the hospital to have a baby.” Now, I don’t care how many times a guy hears this, it’s the one sentence that can flood a person with joy and terror at the same time; there’s just no way to describe it.

By the end of the workday, almost like clocking out at 5:00, the baby stepped into our lives, expanding our family to a new level of crazy.

‘BG Cufr’, the name that appears on all of the paperwork (which stands for ‘Baby Girl’ Cufr, by the way), was taken from St. Lukes to the NICU at Toledo Hospital to give her some extra lung support. She was breathing okay and had a strong heart rate, but wasn’t saturating on her own. As a result, she wasn’t pinking-up like she needed. Well, after the ride from one hospital to the next, she snapped out of it, and was able to be taken off the support. I was even able to feed her for the very first time, with mama’s milk. Although it’s not the scene Carie would have preferred, it was a really moving experience for me.

So, we’re told we have to name her by noon today. With so many people in our household that think their vote matters, it’s been a very difficult process deciding on a name. And on top of that, we’ve already used all of the girl names we could think of!

Dave, Steve, and Andrew are available to help with any financial needs you may have while I tend to the matter of running a milk delivery service between hospitals and doing my best to keep all the ladies happy and all of the plates spinning.

Thanks for your support and for following along on this new adventure we’re having.